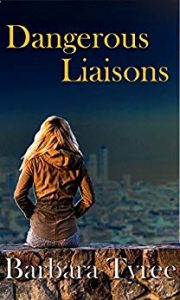 The story of FBI Agent Sierra Lancaster and her interactions with the people around her is potentially gripping with plenty of twists and turns.  There are old flames, FBI agents, partners, sort-of-estranged relatives, shoot-outs, deals, busts and a whole swathe of difficult and challenging interactions.  I am a sucker for complex interactions and intricate layers of relationships and this is almost awesome.  I found myself muttering as I read because it isn’t quite there, and it could be.  I would almost be enjoying a sudden revelation, but the foreshadowing hadn’t quite hit the mark.  I would be almost caught up in a character’s development, but it wasn’t quite consistent.  I would be almost hooked on the story but some of the details didn’t strike true.  I finished this book wanting to kick something because I read a nearly good book.

I wouldn’t feel comfortable recommending this book.  If a second edition comes out, however, I recommend grabbing it with both hands.  I sort of hope that Ms Tyree makes two separate stories out of it, because there are at least two separately awesome books in there.  I shall definitely be watching out for further work from her, as there are some great stories in there and I want to read the awesome ones.